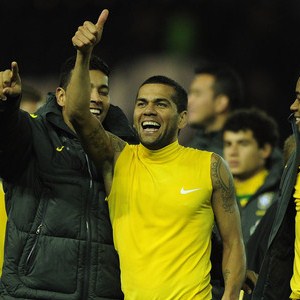 The 2010 World Cup winner hopes team-mate Dani Alves will sign a new deal to stay with the Spanish champions.

Reports this week suggested the Brazilian international right-back was set to leave after failing to reach an agreement with the Catalan outfit, but Iniesta says Barca need to hang on to the player, who he describes as one of the club’s best-ever signings.

“I hope Alves will stay with us. He is the number one in his position (in the world) and he has been one of the best signings in the club’s history,” he said.

Iniesta Wants To End His Career With Barcelona