Iniesta Wants To End His Career With Barcelona 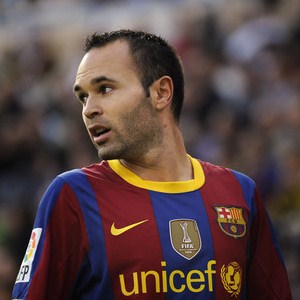 Barcelona midfielder Andres Iniesta has declared that he is committed to the Spanish champions.

The Spanish international midfielder has seen team-mates Xavi and Carles Puyol rack up 500 appearances for the Catalan club and the midfielder, a hugely popular figure among the Barcelona faithful, says he wants to finish his career at the Nou Camp.

“I want to get to 500 games for Barca like Xavi and Puyol,” said the Spain star, who has already appeared well over 300 times for the Catalan club.

“It would be a dream to finish my career here.”

The Football Association To Compensate Liverpool Over Gerrard Injury