Inter Milan Happy With The Progress of Marko Arnautovic 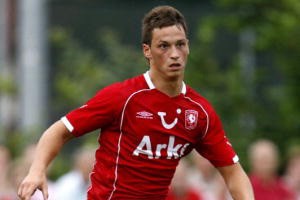 Italian champions Inter Milan has revealed that they are satisfied with the progress of on-loan FC Twente striker Marko Arnautovic.

Arnautovic struggled to make an impact in the friendly defeat to Piacenza on Saturday and looked sluggish.

However director Lele Oriali said that the club needs to have patience with the young striker.

The Austrian international scored 12 goals in 44 games for FC Twente and arrived at Inter Milan on loan in August.

However it is believed that if the striker does not play at least 10 official games for the Nerazzurri, he will return to Holland.


Charlie Davies Believes That The USA Can Win The World Cup