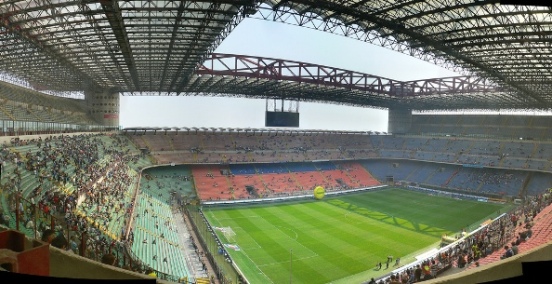 Interesting football news are coming from Italy and it has been reported that Italian champions Inter Milan have asked the Sports Investment Group to look at options for a new stadium which could hold 60,000 fans and be ready for 2014.

Project manager Nicholos Gancikoff told local Italian newspaper that there are works in progress in looking for a home for Inter Milan with an eye on the club’s past and a nod to the future with lots of technology and multimedia.

It has been reported that Italian clubs have slipped behind Spanish and English clubs financially because they generally rent their stadiums from local authorities and miss out on key revenue.

However, Juventus will become the first Serie A club to own their own stadium when the rebuilt Delle Alpi opens in 2011 while AC Milan are considering buying the San Siro they share with Inter.

Other Italian clubs such as Fiorentina and Genoa are also mulling new grounds.