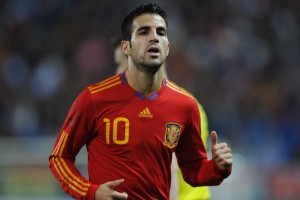 Inter Milan are being linked with a shock deal for Arsenal captain Cesc Fabregas.

It has been reported in Italy that Inter Milan have all but agreed terms with Arsenal over a €40 million deal for midfielder Cesc. The offer could include firebrand Mario Balotelli.

Inter know they must convince Cesc to reject a return home to Spain, where both Real Madrid and Barcelona are scrambling to sign him.

For his part, only this week Cesc again pledged his commitment to the Gunners, who are chasing a Premiership and Champions League double.