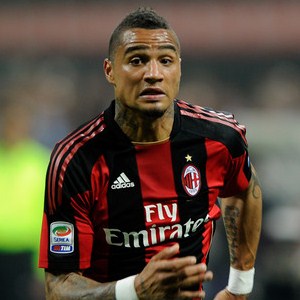 Reports have surfaced that Inter Milan are set to make a cheeky move for AC Milan midfielder Kevin-Prince Boateng.

The former Tottenham and Portsmouth midfielder is on-loan at Milan from Genoa and has been a revelation in their Scudetto winning campaign.

Sky Italia has reported that Inter chiefs rate the defensive midfielder highly and are ready to step in and snap up the Ghana international.

It is said that Milan have first refusal on Boateng, but if they cannot find an agreement with Genoa, Inter plan to quickly swoop.