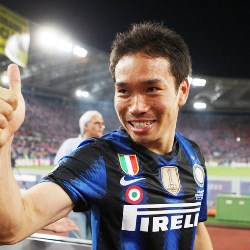 Reports have surfaced that Cesena is willing to sell Yuto Nagatomo to Inter Milan for €8.5 million.

“I think his transfer is just a formality,” the former Parma player and Italian international told Radio Sportiva.

“A deal was pretty much already agreed in January, but then there were a few bureaucratic problems. The signatures are just missing now.”