Inzaghi : This Is Not The End For Me! 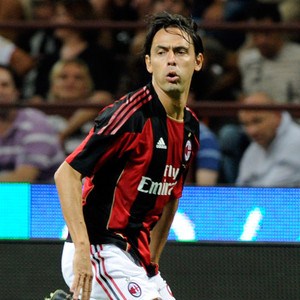 AC Milan veteran striker Pippo Inzaghi insists his career is not over despite suffering a serious knee injury against Palermo.

The Milan star sustained ligament damage during the 3-1 win and will require an operation, ruling him out for the rest of the season.

“Life and football are like this. One minute you’re playing and fighting, the next you’re clutching your knee in your hands,” he wrote on the official club website.

“A minute after that you are looking around you. What I saw around me was all of you. Thank you.

“I have been moved by all of you, the club, the Coach, my teammates and fans. I look to you and in turn you embrace me.”

There are fears the 37-year-old might not be able to play professional football again after such a serious injury at his age.

“Deep down in your hearts you all know, as do I, that it will be difficult, but I won’t give up. I will do everything, believe me, to ensure this is not the end.

“I will do that in part thanks to your strength and energy.”