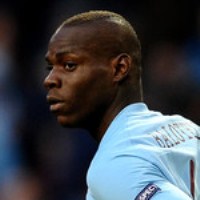 The 37 year old veteran Italian striker is nearing retirement and a potential heir to his throne is Manchester City striker Balotelli.

He said: “Obviously, I’d love Balotelli to join us. He would find many positive examples in this squad to learn from. I’d also like my friend Kaka to return.

“There is so much pressure on Alexandre Pato, though. At his age I was still in the amateur Leagues, while he has already been playing for Milan for four years.”

Lucio Linked With A Move To The Premier League