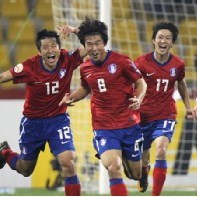 An extra-time goal from substitute Yoon Bit-garam sent South Korea through to the semi-finals of the Asian Cup at the expense of Iran at Qatar Sports Club Stadium.

The teams were going head to head at the quarter-final stage of the continental tournament for the fifth successive edition and once again it was a typically closely-fought affair.

As in 2007, neither side could break the deadlock inside 90 minutes but Yoon ensured penalties would not be needed when he struck from the edge of the area in the last seconds of the first period of extra time.

The victory for the South Koreans sets up the enticing prospect of a semi-final clash with east Asian rivals Japan on Tuesday.