Is Andy Carroll Ready For England Call Up? – Vote Now! 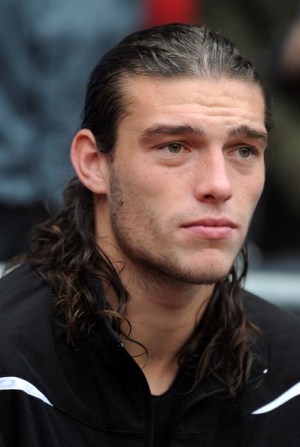 Newcastle United striker Andy Carroll is on the verge of his first ever senior England call-up after he was left out of the U21 squad for Tuesday’s friendly in Germany.

The 21 year old has taken the Premier League by storm since Newcastle’s promotion – scoring seven goals in 12 appearances sparking speculations of a call to the England squad.

Carroll however has also made headlines off the field for all the wrong reasons this season.

On 14 September 2008, Carroll was arrested by police in Newcastle responding to a report that a woman had been assaulted, and later accepted a police caution for assault.

On 7 December 2009, he was arrested in the aftermath of a nightclub fight, again in Newcastle, accused of smashing glass in a man’s face. He was charged with assault and is currently on bail awaiting a Crown Court trial.

Carroll was also arrested after an incident on the training ground which allegedly left teammate Steven Taylor with a broken jaw. The 6ft 3in striker reportedly suffered a broken hand in the incident, and he was shortly photographed in a pop concert with bandages to both hands.

On 18 October 2010, Carroll was charged with assaulting a former girlfriend. Claiming self-defence, and having given a local hotel as his address, Carroll was granted bail on the condition that he resides with Newcastle captain Kevin Nolan until the case resumes in January.

Two days following his bail, Carroll’s car was set on fire whilst parked on Nolan’s driveway, with the club captain’s garage door also being daubed with obscenities.

With all his off-field problems, one can’t help but think that Andy Carroll is a disaster waiting to happen. However it is what he does on the field that matters most now and Fabio Capello who will be without the services of Wayne Rooney will want to give the young striker his chance.

Who knows, with his first ever England call up, Andy Carroll may develop some sense of responsibility and get his act together on and off the pitch. In the end everybody deserves a second chance right?

Do you think Andy Carroll should be selected for the Three Lions? Vote now and find out what others think.

Edin Dzeko : I’m Not Thinking About Transfer Away


Mourinho Warns Man Utd : Chelsea Will Runaway With The Title!