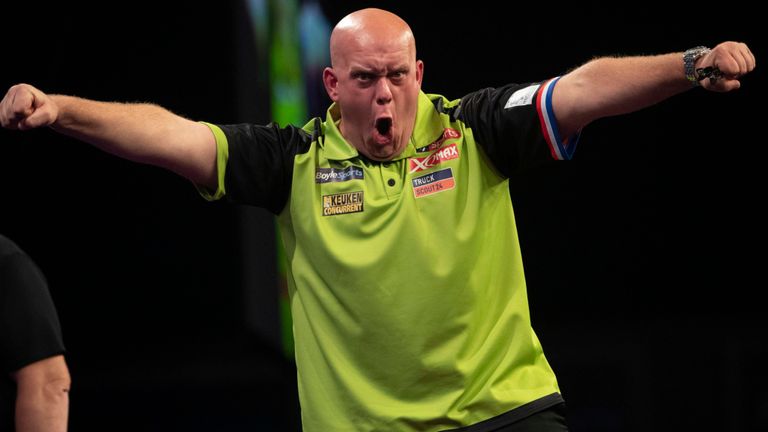 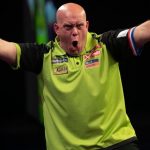 Michael van Gerwen claimed his third PDC World Championship at the beginning of 2019 and he will be out to defend his crown in 2020 with another run for glory at Alexandra Palace.

The Dutchman has established himself as the leading player in the world following the retirement of Phil ‘The Power’ Taylor. He has asserted his dominance over the rest of the field and is backed in the darts betting odds at 5/4 to win the world crown for the second time on the bounce.
Van Gerwen was outstanding in his run to the championship for the third time. He was the leading contender after being named the top seed, but the Dutchman brushed aside his competition to surge into the quarter-finals, dropping only three sets in the process.

Unseeded Ryan Joyce was dismantled in the last eight before the 30-year-old did the same to two-time champion Gary Anderson in the semi-finals final. Van Gerwen won the contest against the Scot – in a rematch of the 2017 – 6-1 to earn a shot at redemption after he was dumped put in the previous campaign in the last four.

The rising talent of Michael Smith lay in wait in the final, but he proved to be no match for the world number one, who claimed a dominant 7-3 victory to claim the crown. Van Gerwen has not rested on his laurels since then and has been displaying a level of excellence in the arena to keep his form ahead of the World Championship.

He claimed The Masters title in February for the fifth year in a row, easing past James Wade in the final by an 11-5 scoreline. From that point onwards Van Gerwen turned his attention to the Darts Premier League in a three-month grind towards the final. The Dutchman won 10 of his 16 matches, finishing top of the standings with 23 points, although the presence of Rob Cross behind him was notable even though he had beaten the Englishman in the clash during the campaign.
Daryl Gurney was one of the few players that got the better of the 30-year-old during the season, and the two players faced off in the Premier League playoff semi-finals. It proved to be a tense contest between Van Gerwen and Gurney, but the Dutchman just had the quality to pull away from his opponent clinching a 10-7 victory for his place in the final.

Van Gerwen faced off against Cross for the title and he produced an outstanding display to see off his rival to claim the crown with an 11-5 triumph. The Dutchman won the Premier League for the fifth time, further enhancing his reputation as the leading player in the world.

He did disappoint in his last world event, crashing out in the quarter-finals of the World Matchplay at the hands of Glen Durrant. As a result, Van Gerwen will be hungry to re-assert himself when the action begins in the World Championship in December at Alexandra Palace. It will be hard to look past him as a sure bet for the triumph.