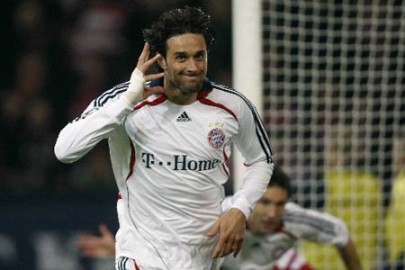 Italian international striker Luca Toni has revealed that he will hand in a transfer request to Bayern Munich if he fails to win back a first-team place.

Toni, now age 32, has fallen behind new signings Mario Gomez and Ivica Olic in the pecking order at the Allianz Arena and an injury at the start of the season has not allowed him to prove his worth.

Bayern blocked his exit in the last transfer window and with the World Cup just around the corner, the former Fiorentina and Palermo hit-man knows that he must play regularly if he is to represent the Azzurri in South Africa.

Toni told reporters that if he is not given any playing time, he will definitely speak to the club and tell them that there the World Cup is next year and Italy will be defending the title and that he does not want miss that chance.

However, Toni believes that, when fit, he has the ability to challenge for a starting position alongside Germany star Miroslav Klose, but he accepts that the form of record signing Gomez who has scored four in five for Bayern so far this season may limit his opportunities.

Toni also went on to say that me must first get fit again and that he is not worried about that.

Rosicky Set To Return For Arsenal After 20 Months Layoff