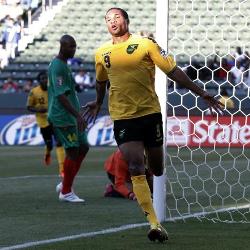 Jamaica made a strong start to their bid for a first Gold Cup title with a crushing 4-0 victory over Grenada on Monday.

First half goals from Luton Shelton and Ryan Johnson were supplemented after the break by Demar Phillips and Keammar Daley efforts as the Soca Warriors dominated their opponents in the opening match in Group B.

Grenada, the smallest nation competing in the 12-nation tournament for North and Central America and the Caribbean, have yet to record a Gold Cup goal after being outscored 10-0 in their first tournament appearance in 2009.

Both teams resume Group B action on Friday in Miami, where Jamaica face Guatemala and Grenada take on Honduras.