Jens Lehmann Set To Extend Playing Career In The MLS 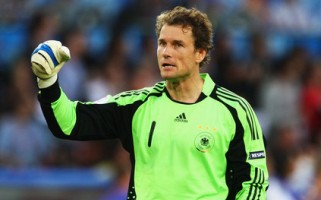 Former Arsenal goalkeeper Jens Lehmann is reportedly considering a move to MLS when his career in Germany finishes.

The 40-year old ex-German international says there has been nothing set in stone in regards to his playing future but the fact his contract with Stuttgart expires at the end of the current season indicates he may move on.

“The debate is not over yet. My plan is to finish at Stuttgart at the end of the season and I will not continue here,” the former Germany international said.

In regards to a move to America where New York Red Bulls and Seattle Sounders are believed to be keen on him, Lehmann said: “I often say, you never know what’s coming.”