Joe Cole Set To Join Man Utd in the Summer 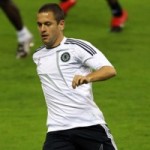 Joe Cole intends to leave Chelsea at the end of the season accroding to The Daily Star.

It is believed that the Stamford Bridge club humiliated him with the offer of a one-year contract and a 40 per cent pay cut. The England midfielder is out of contract at the end of the season and had been hoping to sign a long-term deal to stay at Chelsea.

He was stunned when chairman Bruce Buck offered a 12-month deal with a one-year option – even though he is still only 28 and regarded as one of the most talented players in the Premier League.

Cole has made it clear he will not accept such a short-term package, with wages of £36,000 a week, and is set to join Man Utd as Cole has said many times his wish to play under Sir Alex before his career ends.