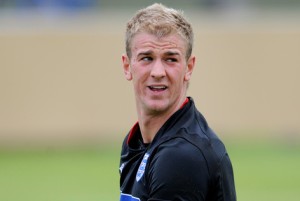 Manchester City goalkeeper Joe Hart is hoping he is selected to start for England in their friendly with Mexico at Wembley on Monday night.

The 23-year old, who spent last season on loan with Birmingham City, is chomping at the bit for a chance to show his wares in the absence of David James and is keen to put himself on show for manager Fabio Capello.

“It would mean everything. I don’t really think about it, I don’t plan for it or set any goals, because it’s an absolute bonus just to be involved in something like this, just to be in the squads,” he said.

“I’ll be doing everything I can, everything in my power, just to get in the manager’s eye, and hopefully get a few more caps to my name.”

Marchena : Spain Is Destined To Win The World Cup!