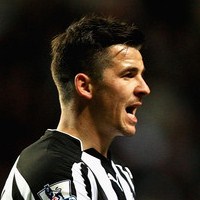 The Toon ace somehow got away with throwing a punch at the Blackburn midfielder following a collision just moments after Andy Carroll levelled on 47 minutes.

Ref Mike Jones totally missed the Scouser’s red mist moment of madness but FA disciplinary chiefs can act retrospectively and dish out a three-match ban once they have studied a video replay.

Barton, 28, tried to kid both Pedersen and Jones that he had merely ‘palmed’ the Blackburn man.


Agent : Buffon Is Staying With Juventus