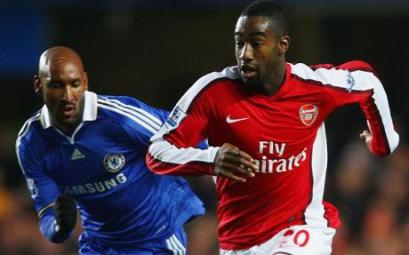 22-year-old Swiss international defender, Johan Djourou has had an operation to fix knee cartilage in Geneva, and his dreams of filling Kolo Toure’s boots at Arsenal has been put on hold while he recovers from the knee surgery.

The Swiss Football Federation reckon that the defender could be out of action until March.

When Djourou first picked up the injury last month, Gunners manager Arsene Wenger had hoped he would return to action within weeks.

Djourou had been hoping to compete for a starting place after the sale of centre-half Toure to local rivals Manchester City for £14million.

Djourou has been at Arsenal since he was 16.