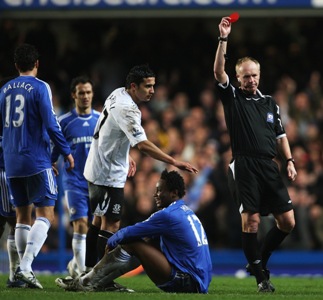 Good news to all Chelsea fans around the world as midfielder John Obi Mikel has committed his future to the club by signing a new five-year contract.

The 22-year-old defensive midfielder who moved to Stamford Bridge from Norwegian side Lyn Oslo is 2006, impressed in the holding role in the Blues midfield last term especially with Michael Essien out with injury.

The Nigerian international told the club’s official website that it was easy to commit his future with Chelsea because he is happy with the club and when the opportunity came it was good to sign after speaking to the club.

Mikel already feels he will have an important role to play under new boss Carlo Ancelotti and said that his future with the new manager will be bright, and he think that they already have a good working relationship.

Mikel also said that all the managers that he had played for in Chelsea have their own type of systems they want the players to play, and whoever comes in will want to change little bits and pieces.

He also added that there is not much to change but they all bring in different views, and the new manager wants us to play in a certain formation which we need to get used to before the season starts.