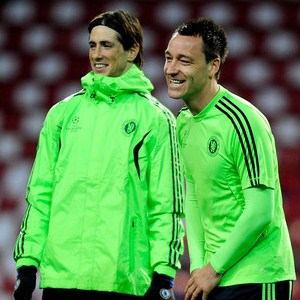 John Terry has revealed that he fears Fernando Torres is struggling to handle his price-tag.

The Chelsea captain admitted that the World Cup winning striker might be weighed down by his record-breaking £50million price tag.

However, the England international captain backed the former Liverpool striker to come good.

Terry said : “The players are seeing in training it’s just a case of getting that first goal, getting that off your shoulders, and then you can move on,”.

“It must be hard as well people carrying on talking about it.

“It must be a big weight to carry as well with the fee that he came for.

He added: “Maybe we need to get a few more crosses in the box as well.

“So it’s not only him. We need to look at the collective side of things.”

It’s Been Great To Work With Jose Mourinho – Oscar