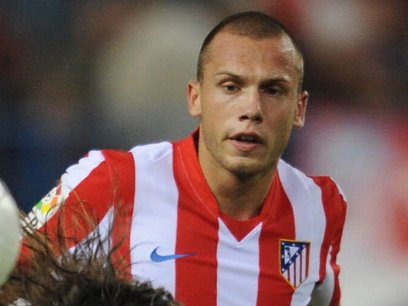 Latest transfer news are out and it has been reported that Premier League club Everton FC have completed the £6million signing of defender Johnny Heitinga from Spanish club Atletico Madrid.

The Holland international defender arrived at the Toffees’ Finch Farm training ground on Monday night and the formalities of the deal were completed 20 minutes before the summer transfer deadline closed.

It has been reported that Heitinga, whose fee could eventually rise to £7million, has signed a five-year deal with the club and he now offers manager David Moyes options in the centre and the right side of defence.