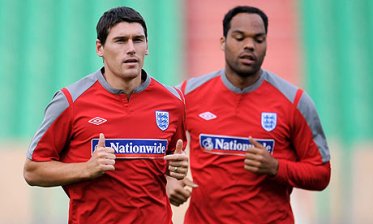 Cash rich Manchester City are expected to finally wrap up a £24million deal for Everton defender Joleon Lescott on Monday.

Everton boss David Moyes has admitted defeat in his bid to keep hold of the England international defender and Lescott is expected to have a medical at Manchester City tomorrow before signing for Mark Hughes’ side.

The move has been one of the most protracted of the summer and Moyes is angry with the way City have dealt with the saga.