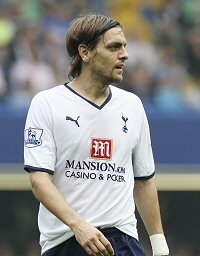 Premier League club Tottenham Hotspur has revealed that defender Jonathan Woodgate has undergone minor surgery in an attempt to cure a groin problem.

The ex Real Madrid defender has been unable to participate in any of the club’s pre-season friendlies and spent most of the summer in the United States visiting a specialist.

Tottenham or manager Harry Redknapp have yet to confirm how long they expect the player to be sidelined.

The 29-year-old centre-back travelled to Germany for the operation and has now returned to Spurs to start rehabilitation with the physios at White Hart Lane.