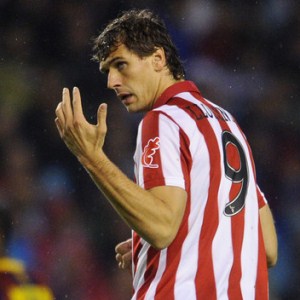 According to AS, the Spanish international striker has been discussed at Real by Mourinho and president Florentino Perez for next season.

It is believed that the ‘Special One’ wants a new striker signed and Llorente has jumped to the top of his shopping list.