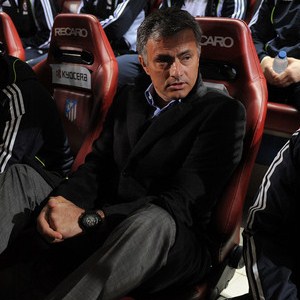 Jose Mourinho has declared that he will be watching the Milan derby tonight.

The former Inter Milan coach is expecting a big game between his old club and AC Milan.

Mourinho said : “I would love to watch it,”.

“It’s a wonderful derby. I played four and won three, but I loved them all, even the one I lost.

“Perhaps people outside Italy don’t realise what this game means in a fantastic atmosphere, with such a super-positive feeling around it.

“There is great rivalry between the fans, but there have never been problems with violence. The stadium is packed, the streets are full of people going to the match together, some with Milan shirts and others Inter, without the slightest problem.

“It is a great derby and will be even more wonderful this year because the Scudetto wasn’t at stake, whereas there’s the extra motivation of first against second.”

Edinson Cavani : I Will Never Compare Myself To Diego Maradona!


Materazzi : The Milan Derby Is The Game Of All Games!