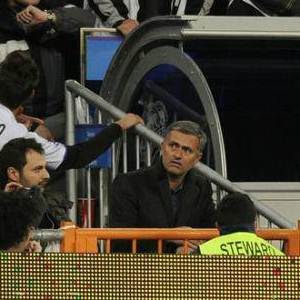 The Portuguese tactician was sent from the dugout in the 38th minute for protesting too much to referee Jose Luis Paradas Romero.

The Spanish Football Federation (RFEF) has now responded by banning him for two matches.

This means that “The Special One” will be absent from the dugout for this Sunday’s Primera Division trip to Sporting Gijon and the following Saturday’s clash with Athletic Bilbao at the Bernabeu.

A statement on Madrid’s official website read: “The Competition Committee of the RFEF has handed a two-match suspension to Real Madrid coach Jose Mourinho for his dismissal in the second leg of the Copa del Rey match against Real Murcia.

“This body has banned him for the clashes against Sporting and Athletic ‘for addressing the referee with contempt – Article 117’.” 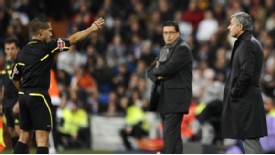