Jussi Jaaskelainen Wants To Play Until He Is 40 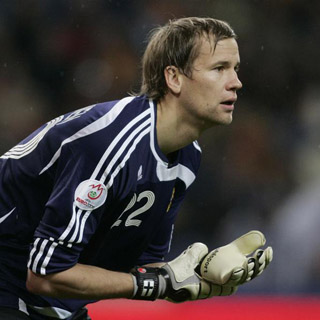 Bolton goalkeeper Jussi Jaaskelainen has declared that he strongly believes that he can continue playing at the highest level until he is nearly 40.

The Finland international, now aged 34, has three years left on his current Bolton Wanderers contract and is hopeful he can earn an extension after that.

Jaaskelainen’s 12 years of service with the club is being marked by a testimonial season in aid of three local charities – Birtenshaw Hall, Paws for Kids and RDA Miller’s Nook Riding School – and starts with a friendly against Hibernian at the Reebok on Saturday.

He is one of an increasingly small group of players who stay at one club for so long but Jaaskelainen said happiness played a big factor in that.

Martin Demichelis Ruled Out For 8 Weeks With Ligament Tear