Juventus Must Wait On Manchester United For Giuseppe Rossi 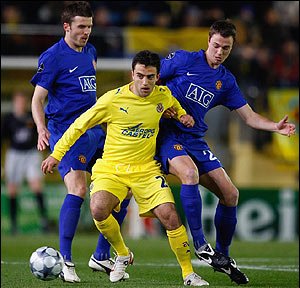 Italian Serie A giants Juventus has been told that any return to Italy for Villarreal striker Giuseppe Rossi will depend on Manchester United boss Sir Alex Ferguson.

Juventus president Giovanni Cobolli Gigli declared last week Juventus regards Rossi as a future Bianconeri player, and this came amid David Trezeguet’s comments that this would be his final season in Turin.

However, according to agreements between the clubs, United still have first option on Rossi after selling him to Villarreal over three years ago.


Manchester City Winger Robinho Out Of Action For A Month