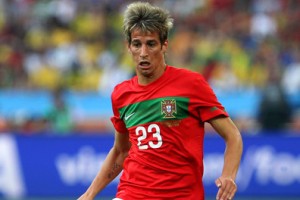 More transfer news are out and it has been reported that Italian club Juventus have made a move for Portugal World Cup star Fabio Coentrao.

A Bola has reported that Juventus have rumbled Bayern Munich’s hopes of signing the Benfica wing-back without any competition.

It is believed that Juventus’s sudden interest has drove the asking price up to €30 million – which the Turin giants are prepared to meet.