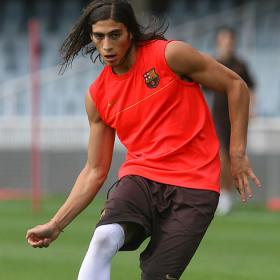 Italian giants Juventus have signed defender Martin Caceres on loan from Spanish champions FC Barcelona until the end of the season. The Uruguay International defender, now aged 22, has joined the Serie A club with the option of a permanent transfer in the summer.

Juventus sporting director Alessio Secco told the club website that with the signing of Caceres, Juventus’s acquisition campaign is over.

Caceres only joined Barca from Villarreal last summer in a 16.5 million euro (£14m) deal after a successful loan spell at Recreativo but he failed to make a significant impact on the first-team, featuring in only 13 Liga matches.

Caceres was linked with a move away from the Camp Nou since the start of the transfer window.