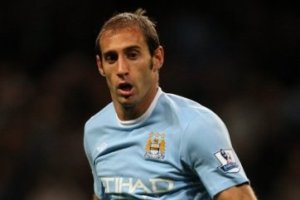 Italian giants Juventus has been reported to be lining up a £6million January bid for Manchester City full-back Pablo Zabaleta.

The Argentine international defender, a £6m signing from Espanyol last summer has been out in the cold at Eastlands and was sent off during his last start at Wigan earlier this month.