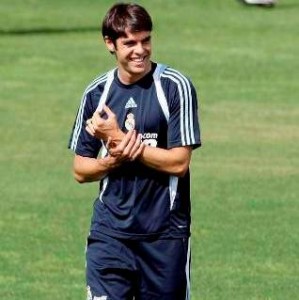 Interesting news are out and it has been reported that Real Madrid coach Manuel Pellegrini has admitted that Kaka is their key player.

The Brazilian international midfielder came off the bench to score in Real’s victory over Villarreal on the weekend and coach Pellegrini has hinted that he is ready to keep Kaka out of his rotation policy.

Pellegrini said that it was a really bad first half in general and it is no secret that with Kaka in the team he had to rotate.

The coach added that Kaka help change the game in the second half.

Pellegrini also said that it is no mystery that Kaka will change the face of Real Madrid.

The coach also revealed that he tried to play the match without Kaka but could not.

He added that Real Madrid improved with the change and overall team performance.