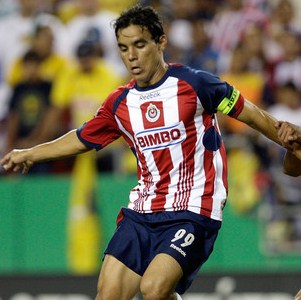 Transfer news from the MLS is out and it has been reported that Kansas City Wizards have signed Mexico international and Chivas Guadalajara striker Omar Bravo as a Designated Player.

By the terms of the loan agreement, Bravo will remain with Chivas Guadalajara for the remainder of the 2010 Apertura, Mexico’s 17-game fall season, and the second leg of next week’s Copa Libertadores final.

The 30-year-old striker will then join the Wizards for the 2011 preseason.

KCWizards.com will chronicle Bravo’s final season with Chivas as he looks to bring home the Libertadores title and add to his 106 Primera Division goals, second most in club history.


Redknapp : Crouch Is Not For Sale!