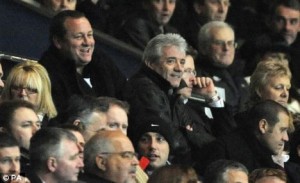 Sensational news are out and it has been reported that Kevin Keegan has snubbed Mike Ashley’s £4million offer to settle their bitter legal war.

It is believed that Keegan wants more than £8m from the Newcastle owner after his stormy exit as Toon boss last year.

And a source close to Keegan has said that Keegan is confident he’ll get his way.

The source also added that if Keegan gets a massive pay-off, it is likely to come out of the club and not Mike Ashley’s pocket.

After Keegan rejected the latest offer, the case – being heard by a Premier League panel – will now rumble on until the end of the week at least.


David Beckham Brings Marketability And Viewership To The MLS