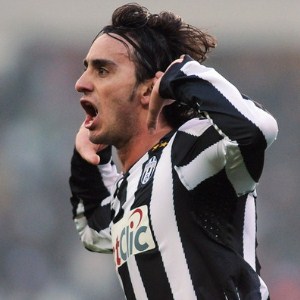 Liverpool manager Kenny Dalglish has revealed that Alberto Aquilani could form a “valuable” part of his plans for next season.

The 26 year old Italian international is currently on loan at Juventus, and it has been expected that they will sign the player on a permanent deal.

However, although an option to buy Aquilani for £13 million was included as part of the loan, it appears Juve are keen to negotiate a reduced fee, and Dalglish has suggested he would be happy to see the midfielder return to Anfield in the summer.

“When people talk about next season, I’m surprised they don’t give Alberto a mention,” Dalglish said on the club’s official website.

“Everyone seems to have forgotten about him.

“I know he has done really well at Juventus this season. When the loan finishes at the end of the season, he reverts back to being a Liverpool player.

“Nothing is cast in stone and he could be coming back to play for Liverpool. He could be a valuable asset here next season. He’s still our player.”

Aquilani was signed as a replacement for Xabi Alonso in 2009, but he missed pre-season through injury and struggled to live up to expectations.

“He certainly didn’t have the best of luck last season,” Dalglish added.

“At times he did really well and at other times he didn’t do quite so well but you can say that about most players. What I do know is that he’s had a fantastic season at Juventus.”