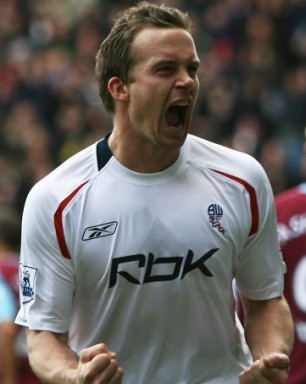 Great news for all Bolton fans as team captain, Kevin Davies has agreed a one-year contract extension at the Reebok Stadium.

The 32-year-old striker is now committed to the Premier League club until the end of the 2011-12 season and manager Gary Megson told the club’s website that he is really pleased that Bolton could add another year to the player’s contract.

Megson also added that Kevin Davies has been absolutely 100% since I arrived and that he is a great leader on and off the pitch, a modern-day professional footballer setting a great example and is fully committed to Bolton Wanderers.

Davies, who scored 12 goals for Bolton last season, and has been a hugely influential figure since joining the club on a free transfer from Southampton in 2003.

Prior to that he had two spells with Southampton either side of an ill-fated £7.5m move to Blackburn.