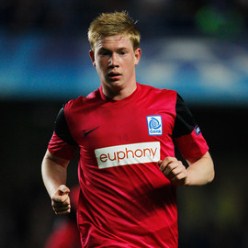 De Bruyne, who is a versatile attacking midfielder, has been on Chelsea’s radar for some time and was expected to join the club last summer. He will play out the season on-loan at Racing Genk.

The 20 year old told the club’s official website: “Three years ago I was playing with the young guys in Genk, but now I am making a transfer to Chelsea, it’s almost impossible, a real dream come true.”

De Bruyne has played twice against the London club in this year’s Champions League group stages.

Although he will return to the club in the summer, the player admitted that he may be loaned out again next season.

He said: “Next season it would be normal to be loaned out, but I will start the preparations here at Cobham, and if it goes really well maybe I will stay but probably it will be a team a little level less than Chelsea but bigger than Genk.”