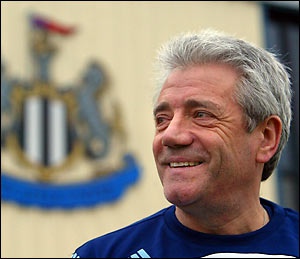 The Newcastle legend was awarded the money, plus interest, after winning his case for constructive dismissal against Newcastle following his departure in September last year.

The decision was made by an independent arbitration panel convened by the Premier League.

Even though Newcastle lost the case, the level of damages will come as a relief to owner Mike Ashley because Keegan had been claiming more than £25m.

Keegan resigned in protest at the club’s transfer policy when Uruguayan midfielder Ignacio Gonzalez was brought to the club on the final day of last season’s summer transfer window against his wishes.

The former England boss claimed £8.6m in salary and other benefits to which he would have been entitled had he seen out the remaining years of his contract, which was due to expire in June 2011, and a further £16.5m in “stigma damages” for the effect of the saga on his future earning capacity.

Announcing its decision, the panel declared that Kevin Keegan was constructively dismissed by Newcastle United Football Club and that the club must now pay Kevin Keegan damages in the sum of £2m plus interest.