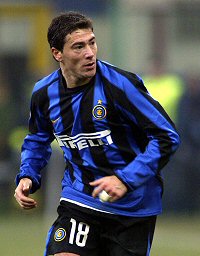 The 35-year-old Gonzalez left Boca Juniors in 1996 and spent 10 years in Europe at Real Zaragoza, Valencia and Internazionale, before returning to his first club Central in 2006.

He played for Valencia in the 2000 and 2001 Champions League finals.

Gonzalez and San Lorenzo coach Simeone were international team-mates during the 2002 World Cup.