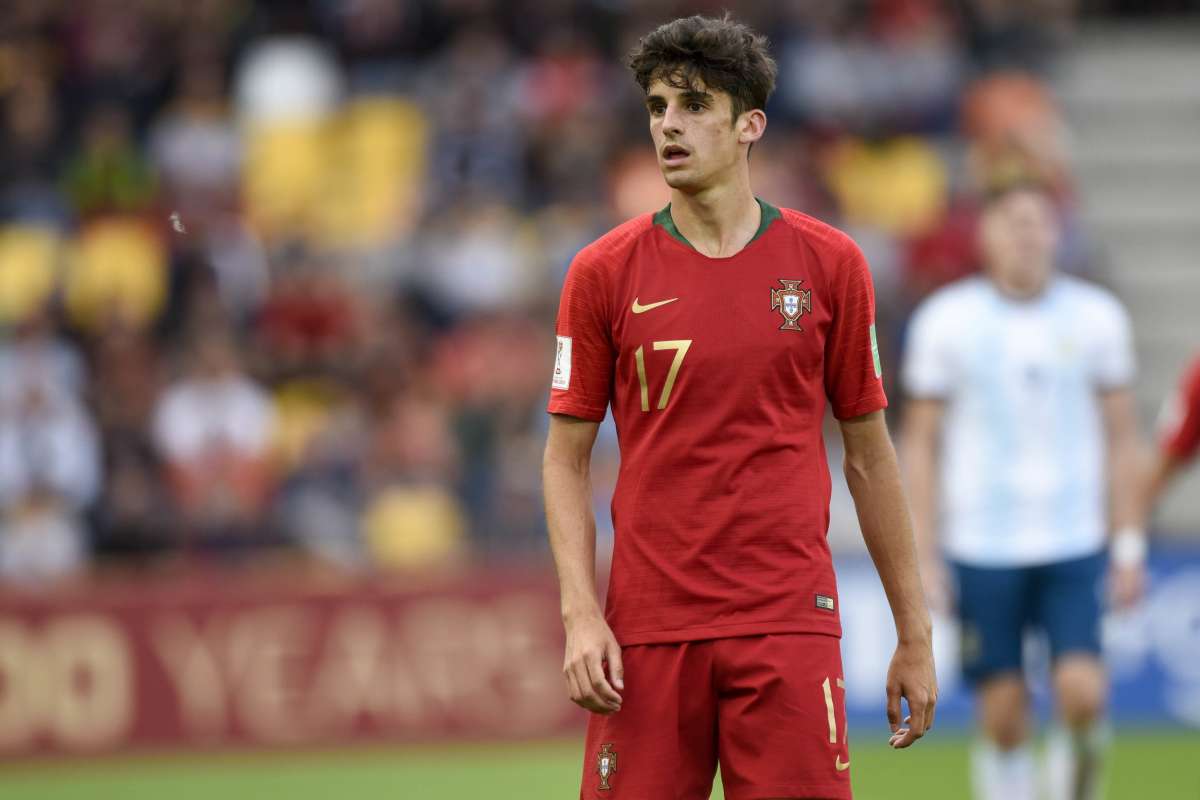 According to Spanish publication Sport, new Barcelona boss Ronald Koeman is firmly behind the club’s idea to integrate exciting attackers Pedri and Francisco into the first-team next season.

The duo are highly-rated prospects for the future but the rebuild that has been sparked by the embarrassing 8-2 defeat to Bayern Munich opens the chance for the pair to play a role immediately.

Sport report that Koeman has already taken time to learn the Catalan outfit’s plans for the starlets, with the Dutchman happy to include them in the first-team picture.

It’s added that the 57-year-old will meet the duo for the first time in the next couple of days, with the attacking talents already having started their pre-season training.

Pedri, 17, joins the club from Las Palmas in a 5 million euro deal, while Francisco Trincao arrives for 31 million euros from Braga. Barça have already rejected a 60 million bid for Trincao.

The 20-year-old Francisco was phenomenal for Braga this term, scoring nine times and providing an impressive 13 assists in 40 first-team appearances across all competitions.

Excitement is definitely building around the right-winger considering how his play kicked up to the next level after his Barcelona transfer was announced, the ace bagged six goals and seven assists from 18 outings after the deal was done.

Pedri, a left-winger, is just as exciting as Trincao. As per Mundo Deportivo, Barcelona signed the ace in a €5m deal from Las Palmas last summer, with the ace officially joining the Blaugrana now.

Pedri has been superb this season, scoring three times and chipping in an impressive seven assists. The starlet can also feature as a central attacking midfielder, versatility will help his first-team hopes.

The 17-year-old is an extremely exciting player to watch because of his exceptional and skilful dribbling ability, he has the kind of X factor that could make him a perfect option for Barcelona to call on when they’re in tricky positions.