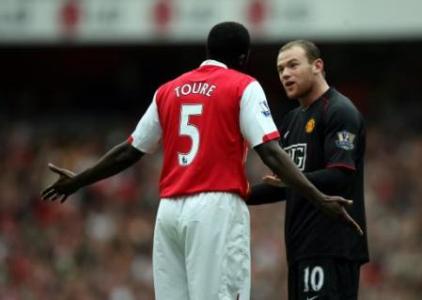 Premier League club Arsenal FC have been warned that they are in danger of slipping out of the Premier League’s top four and not qualify for the Champions League next season.

This comes after news emerged that Arsenal central defender Kolo Toure is the latest big name to be linked with Manchester City and is reportedly set to be leaving The Emirates this summer.

Manchester City are believed to be close to signing the Ivory Coast international defender,now aged 28, for £14million – just a week after City lured striker Emmanuel Adebayor from the Gunners in a £25m deal.

Now an adviser of Arsenal shareholder Alisher Usmanov reckons the club’s lack of new signings could damage their hopes of making the Champions League.