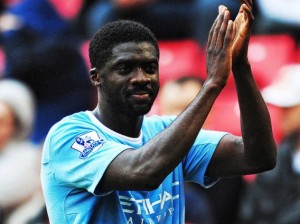 Manchester City defender Kolo Toure has claimed that the club’s early-season results proves that they are the real deal when it comes to a title challenge.

After seven games in the Premier League, Mark Hughes’ City have only been beaten by Manchester United and now sit fourth in the table, five points behind leaders Chelsea with a game in hand.

And £14million City defender Toure, now age 28, said that the team were disappointed to leave the derby match with nothing but that shows how far the club has come in a very short space of time.

Toure also said that Manchester City showed everyone that the team has the qualities and the spirit to mix it up with the big boys.


Beckham No Longer Wanted By The MLS