Kuyt Believes Liverpool Is On The Verge Of A Good Run 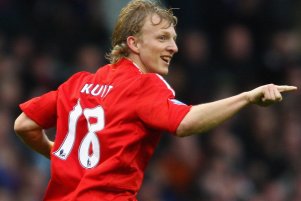 Liverpool striker Dirk Kuyt believes that the team is on the verge of a good run following last week’s inspired victory over Manchester United.

Despite losing a midweek Carling Cup match to Arsenal, Kuyt is confident that the belief the players took from defeating United will hold them in good stead over the next few weeks.

Dirk Kuyt told reporters that the team is now ready for a big week.

The Dutch international forward also said that Liverpool did not beat Arsenal but the team will be ready for the weekend and the games after that.

He said that the players believe they can win the next couple of games to get a good run going and then, you never know what can happen.

Kuyt added that Liverpool were a bit unlucky at Arsenal but the team will go with a lot of confidence to Fulham.

He went on to say that everyone knows it is a big week for Liverpool with big games coming up ans hopefully, if Liverpool win at Fulham, Liverpool can be right back in it in the league.

Vince Grella Set To Return To Action For Blackburn