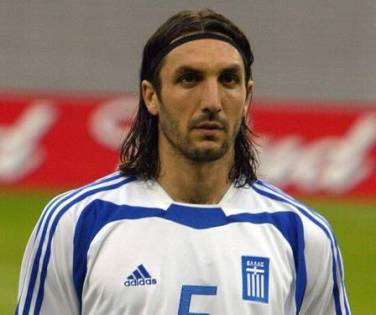 Liverpool’s new signing Sotirios Kyrgiakos plans to use his shock move to Anfield to erase five years of pain when the Greece international defender missed out with a knee injury when his country produced one of the biggest shocks in international football history by winning Euro 2004.

It still hurts Kyrgiakos that he missed the championships, but the former Glasgow Rangers central defender hopes that he will more than make up for that disappointment by helping Liverpool win the title for the first time since 1990.

Kyrgiakos told reporters that helping Liverpool win the title is something he would like very much. It is believed that Kyrgiakos could make his debut in Monday’s Premier League match against Aston Villa at Anfield.

Kyrgiakos’s arrival from AEK Athens for two million pounds (2.3 million euros) has helped ease a defensive crisis at Anfield, yet the 30-year-old was unaware of Liverpool’s interest until last weekend.

Kyrgiakos added that when you are about to join a club like Liverpool you don’t need any convincing at all.