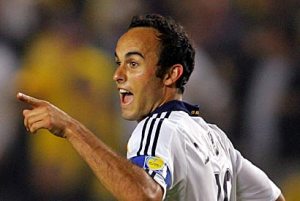 Donovan scored on a penalty kick in the 73rd minute to give the Galaxy a 1-0 victory over Chivas USA, and a 3-2 win on aggregate goals in the Western Conference semifinals Sunday night.

The Galaxy will host the Houston Dynamo in Friday night’s conference final – their first since they won the MLS Cup in 2005. Los Angeles then missed the playoffs for three successive years.