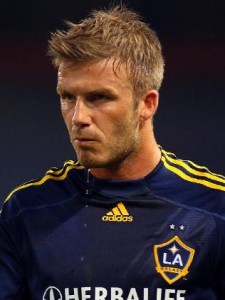 Interesting news are out and it has been reported that MLS club the LA Galaxy are suspicious that David Beckham is putting his England World Cup hopes ahead of their MLS championship push.

The superstar midfielder, now age 34, has been nursing an Achilles injury and is rated as “questionable” to take on Chicago Fire at home in a crunch clash tonight.

The Galaxy need one win from their last three games to clinch their first play-off spot in four years.

However it is believed that Beckham would rather protect his inflamed tendon ahead of the World Cup qualifiers with Ukraine and Belarus as he bids to stay in Fabio Capello’s England squad for South Africa next year.

A club insider said that everyone knows that the injury has been a problem for Beckham in the past and that it has flared up again recently.

The insider however said that it seems like Beckham is being ultra-cautious about testing it at the moment.