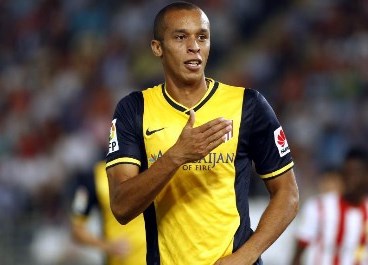 A below par Atletico Madrid passed a tricky test against an awkward Almeria side, with Joao Miranda’s second half header clinching a hard-fought 1-0 win. 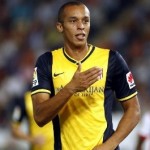 Diego Simeone served the final game of his four-match ban and was visibly frustrated with his side’s performance while watching from his private box in the stand.

Indeed, the Spanish Liga champions toiled for much of the game, with Antoine Griezmann, Raul Garcia and Arda Turan failing to make the ball stick in the final third.

But Miranda’s powerful header at the near post from a Koke corner kick after 60 minutes was enough for Atletico Madrid to escape with all three points, as Simeone’s side looks to kick-start their title defence.

PSG To Decide The Future Of Arsenal Target Adrien Rabiot