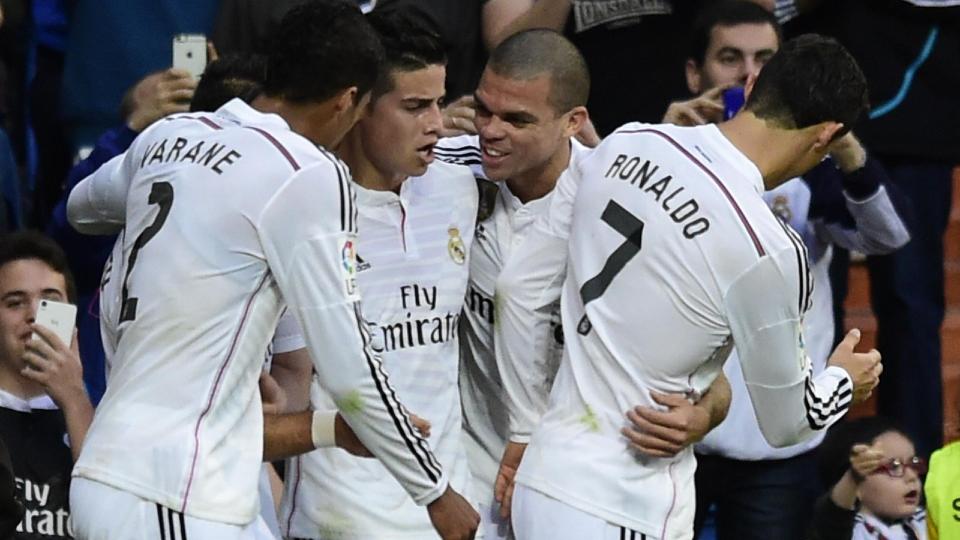 James Rodriguez’s astonishing volleyed goal was the highlight of Real Madrid’s routine 3-0 win over Almeria, as Carlo Ancelotti’s side kept up the pressure on Liga leaders Barcelona. 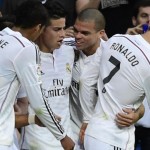 The home side struggled to find their attacking groove in the first half, dominating much of the possession but failing to produce the final product up front.

But Rodriguez gave Real Madrid the lead on the stroke of half-time with a magical volleyed finish off the underside of the crossbar.

An own goal from Mauro Dos Santos, who sent a cross into his own net with an attempt to prevent Cristiano Ronaldo from finishing into the gaping net, doubled Real Madrid’s advantage, before Alvaro Arbeloa capped the scoring with a third six minutes from the end.

Norwegian teenager Martin Odegaard was included in the Real Madrid match-day squad for the fixture, but the 16-year-old will have to wait to make his debut as Ancelotti decided against bringing the youngster on as a late substitute.