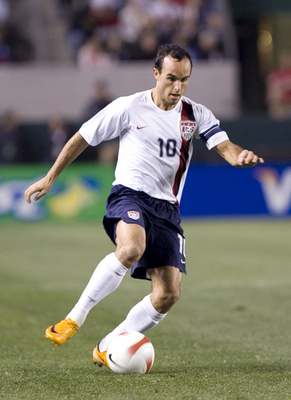 “I felt something when I got into Miami on Sunday,” Donovan said. “I just felt real bad and finally went to see the doctor. They took a swab from my nose and confirmed it, so that was that.”

Donovan learned of the H1N1 diagnosis on Thursday afternoon, the day after he played 90 minutes in the U.S.’s 2-1 World Cup qualifying loss to Mexico in Mexico City. Even though Mexico has been the epicenter of the global H1N1 outbreak, Donovan said that he contracted the virus in the United States.

Cesc Fabregas To Remain With Arsenal